(Listen to a beautiful reading here!)

The night sky was beautiful and alive and ah, so were we.
I looked up at a thousand stars shining splendid
and I looked at your face, veiled in white and streaked with stardust
and I knew that there was nowhere in the world that I would rather be.
But that was before.
That was before.

When I was young, I used to believe that all stories have a happy ending. I used to believe that at the end of the day, the guy gets the girl, the cowboy gets to ride off into the sunset, evil is defeated, etc etc so on and so forth.
–
The thing is, stories, real life stories, don’t have an end. The credits don’t roll once you reach your moment of bliss. Life just keeps going, and life goes through seasons, and in the winter things die.
–
Before, I used to walk down to the creek behind our house in the early morning mist and whisper my secrets, trusting that the burbling waters would carry them downstream to you.
After, I didn’t want anything to do with secrets ever again.

The priest told me that the only thing evil could not abide was forgiveness. But who do you forgive when you are the one who did the evil?
–
When I told you my heart, it took me all day to muster the courage
and the roses were wilted from the heat and I stumbled all over my words
and you took me in your arms and you kissed me on the nose and that was all that needed to be said.
–
When I told you about her, it came spilling out all at once
and you dropped your wine glass and we looked at the spreading red and the shattered glass
and you rose without a word and left without slamming the door and that was all that needed to be said.
–
On the first day of my honeymoon you looked at me and said “We are going to be married forever. Forever. Four. Evv. Arr. Arr. Arr Matey.” You stood on tiptoes to kiss me on the nose and solemnly said “I am a pirate and I am in love with you.”
–
The phone rang as I was sweeping up the glass. It was her. I told her to call me back and walked to the creek. When it rang again, I threw the phone into the black water.
–
You and I married at midnight, during the full moon, on a hilltop away from the city underneath a universe of dancing lights. Your white dress was all of the stars and I had a love big enough for the whole sky.
–
The full moon and dancing stars was ten years ago. The black water and broken glass, two. I couldn’t make forever last one measly decade.
–
I never talked to her after that night. I never talked to you, either. The strongest prisons are made not of iron but of shame.

The thing with stories is that in stories you have good guys and bad guys, heroes and villains. But in life, you just have people. People who hurt and who heal, people who love deeply but need love even more deeply.

Yesterday the priest said that forgiveness is the answer to the child’s dream where the broken is made whole again, the soiled made clean. 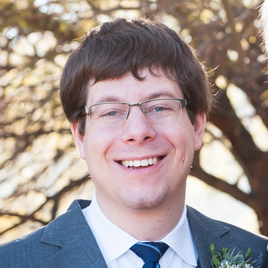 You found the secret area!
As a reward, here is a picture of a dapper puppy 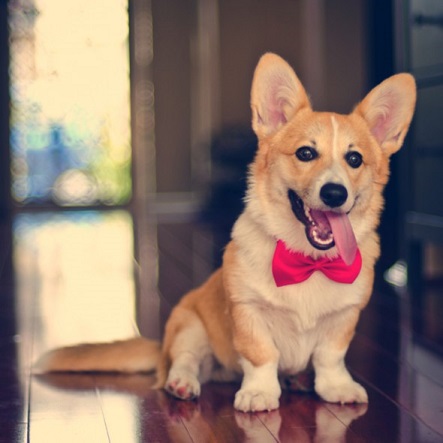